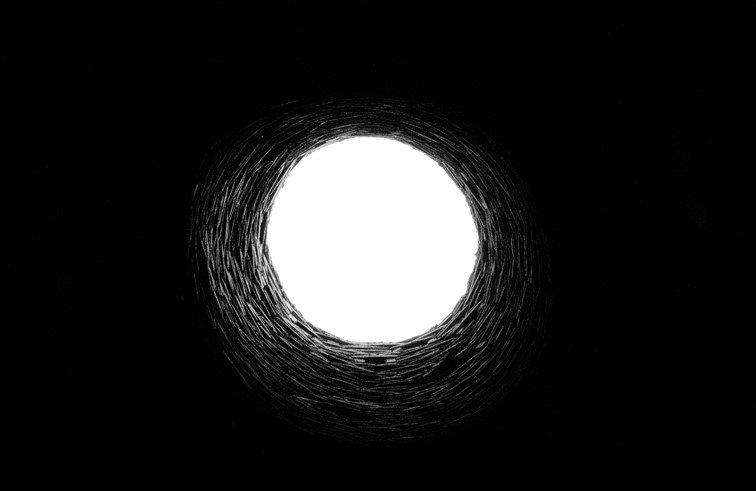 Silence is a kind of punctuation. [ ]

Eric Laurent has described Lacanian silence in a particularly beautiful way: “The [psycho]analyst is not a passive rock, he is rather a tornado, he must have a point of emptiness at his centre” [ ]

Silence is a technique that is most effective because of its emptiness, its minimalism – you simply don’t have to do anything. But this emptiness requires a discipline to exert the kind of precision, timing and control [ ]

Outside of a psychoanalytic setting, silence is an incredibly effective technique in everyday life for the very simple reason that most people experience cuts, abrupt stops and prolonged silences as brutal and profoundly disturbing. To be silent when the other person expects you to speak is to play on the fundamental but unspoken rule of conversation – that it won’t stop until it ends politely. And what’s worse, it switches the emphasis on the other person to speak: silence is experienced by most people as a call to speak.

Sometimes this is used to devastating effect at psychoanalytic conferences and seminars. The talk ends, the speaker calls for questions, there is silence. Rather than break this with some mundane patter or elaboration, the speaker will just let it hang, allowing the silence to go on. After a while, someone in the audience will be unable to bear it any longer and will pipe up with a question – or, more usually, a statement – anything to break the silence.

But silence is not just meant to unnerve. Silence can be attentive as well as disruptive. This is the lesson we can draw from this beautifully concise anecdote from a control that Lacan oversaw:

– But, Monsieur, this young man (the analysand she is consulting Lacan about) comes to me three or four times per week, tells me his stories to no end, pays me and goes. What is it that I have to give him in exchange?

Rather than an ‘active intervention’, the lesson from Lacan’s practice is that there is such a thing as inactive intervention. Listening is not a passive activity, and not saying anything – being silent – does not imply disinterest. For Lacan, nothing is something. In Seminar VII he talks at length about creation ex nihilo, using the example of how a pot or vase is only defined by the fact that its form is shaped around an emptiness (Seminar VII, p.115). And in describing the analyst as like a tornado, with emptiness as his or her centre, Laurent’s quote above expresses precisely this idea. [ ]

Bringing this lesson back to everyday life, learning when to shut up is a discipline that it is hard to master, but it has the effect of giving the other person the sense that it is they who should speak.