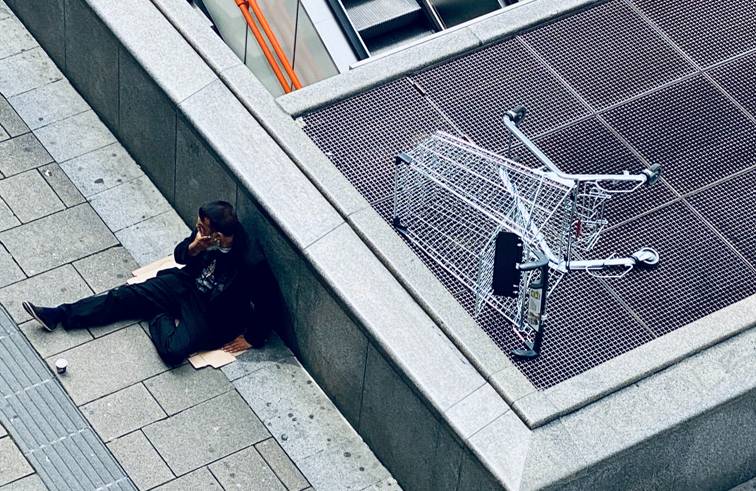 A culture of begging

Θεωρητικά 17 Δεκεμβρίου 2021
In the streets of our society of abundance beggars multiply. What a fascinating figure the beggar is! Today their praise cannot be made: they are the unemployed. It is very difficult to recover the eminent value that the beggar had in history, before work became an essential value, before it entered the superego.

There was a culture of begging, a myth of the beggar. In the Middle Ages, becoming a beggar was a resource. You leave everything for the love of (for the love of God, for the love of Christ, for the love of a woman) and you go out to walk your lack around the world; In this way they give others the opportunity to do good deeds - for God's sake. A formidable solution, thus becoming (on the other hand they tend to be men rather than women) a walking lack, a pilgrim lack.

Sadly, beggar became equivalent with lazy. The term lazy [fainéant] dates from 1321. Lazy is one who does nothing [fait néant]. It is formidable to be lazy! But at a certain point in the history of the good West, all they thought about was to put to work those who did nothing, of extracting their labor power for production. This made it possible to turn them into unemployed so that others could work so much more and for much less - that is the use of the unemployed.
The lazy person should be honored. Indeed, doing nothing is anguishing. Sometimes, to get rid of anguish, you do something, no matter what ...


Κείμενο: In praise of laziness