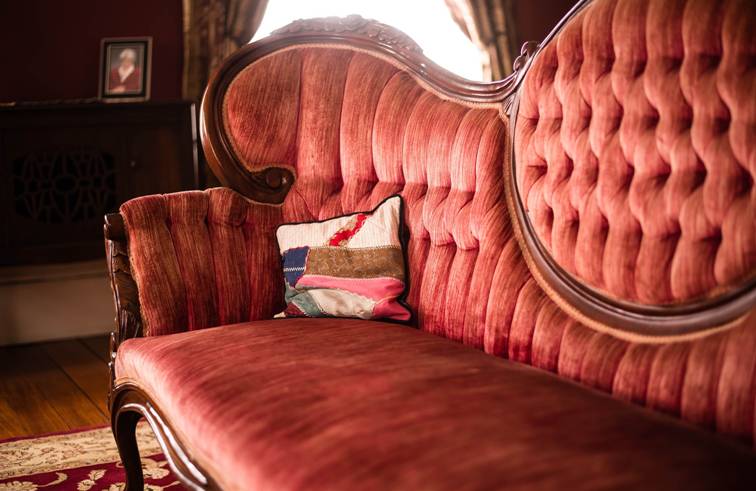 The couch in psychoanalysis

What is the role of the couch in psychoanalysis?

JAM: The couch is certainly the emblematic object of psychoanalysis. But at the same time, it is not the couch that defines psychoanalysis. There are analyses that take place perfectly face to face, the patient sitting on a chair. For some patients, it is even necessary that it be so. For example, when the couch takes on meaning: to be at the mercy of the other, to be left at the whim of the other. It is a fantasy. But hey, it is certain that the patient moves towards the analyst, that he is in a position of demanding, that this demand involves a certain resignation, a certain submission to the other, and that the couch may represent it.

Is the couch the object of psychoanalysis?

JAM: The object in psychoanalysis is rather the psychoanalyst himself. It is he who has his place in your series, next to the pen and the pill. What Freud invented is this new object, someone who is capable of making himself this object. A very particular object, which allows someone else to experience himself, as a subject, as speaking without knowing what he wants, or what he says, or even to whom he is saying it. The couch represents the threshold of this world of limbo. But the hard object is the psychoanalyst. That’s what’s new. While there has always been the clinic next to a bed.

Is the couch just a bed?

JAM: Of course, the couch is a kind of bed. It is a bed that has no interior: you don't slip into sheets, you stretch out on a surface. Like a recumbent figure, with the deadly evocations that can prowl around. It is the line of Baudelaire: "Couches deep as tombs."[2] The bed is usually the place where one finds one's body, the body that one has forgotten in busy life, one also finds there the body of another. The couch is, on the contrary, a single bed. It makes the sexual relation present, and at the same time it manifests its absence. Perhaps one could say that the couch is a cloakroom where one deposits one’s body, where one strips of the active body, where one also abandons the imaginary body, the image of oneself. There remains then a third body, the body which is our rag, this waste that the subject drags along, and which is so dear to him.

Finally, the couch turns out to be more important than expected...

JAM: As a piece of furniture, the couch is important, like Samuel Beckett's trash bin. It embodies the following paradox: you have to bring your body to the session, and at the same time, you have to strip it. The couch is a machine, a multiguillotine, which amputates the body, taking away its motor skills, its ability to act, its erect stature, its visibility. The couch materializes the abandoned body, the broken body, the slaughtered body. Lying on the couch means becoming pure speaking, while experiencing oneself as a body parasitised by speech, a poor body sick with the illness of the ones who speak.

What is the future of the couch?

JAM: Technology is developing new modes of presence. Real-time remote contact has become commonplace over the century. Whether it's the phone, now portable, the Internet, video conferencing. This will continue, it will multiply itself, it will become omnipresent. But will virtual presence ultimately have a fundamental impact on the analytical session? No. Seeing each other and talking to each other is not an analytical session. In the session, two are there together, synchronized, but they are not there to see each other, as shown by the use of the couch. Co-presence in flesh and blood is necessary, if only to bring about the sexual non-relation. If we sabotage the real, the paradox vanishes. All modes of virtual presence, even the most sophisticated, will stumble against this.

[1] The word “clinic” comes from “κλίνειν” which means “bedside” and referred to the practice or teaching of medicine at the sickbed. [TN]