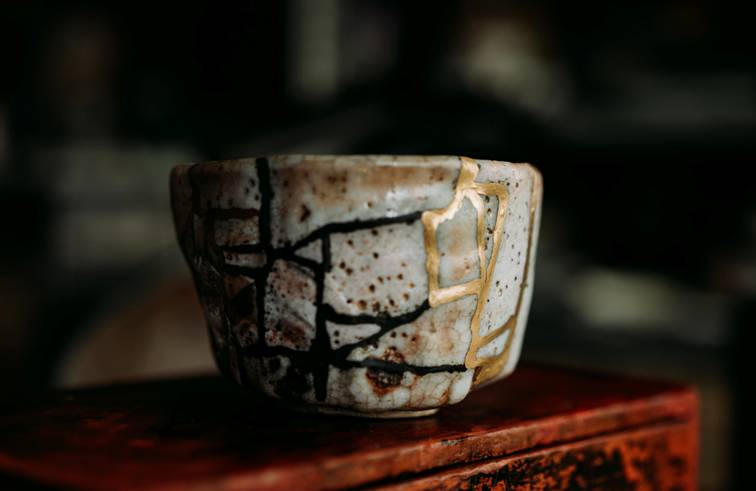 "Although psychology and pedagogy have always maintained the belief that a child is a happy being without any conflicts, and have assumed that the sufferings of adults are the results of the burdens and hardships of reality, it must be asserted that just the opposite is true. What we learn about the child and the adult through psychoanalysis shows that all the sufferings of later life are for the most part repetitions of these earlier ones, and that every child in the first years of life goes through an immeasurable degree of suffering."

Talking about reparation in psychoanalysis. Very interesting similarities with Kintsugi: The art of broken pieces

Kintsugi (or kintsukuroi) is a Japanese method for repairing broken ceramics with a special lacquer mixed with gold, silver, or platinum. As a philosophy it treats breakage and repair as part of the history of the object and tries to visibly incorporate the repair into the new piece instead of disguising it. The process usually results in something more beautiful than the original.

"Not only is there no attempt to hide the damage, but the repair is literally illuminated... a kind of physical expression of the spirit of mushin....Mushin is often literally translated as “no mind,” but carries connotations of fully existing within the moment, of non-attachment, of equanimity amid changing conditions. ...The vicissitudes of existence over time, to which all humans are susceptible, could not be clearer than in the breaks, the knocks, and the shattering to which ceramic ware too is subject. This poignancy or aesthetic of existence has been known in Japan as mono no aware, a compassionate sensitivity, or perhaps identiﬁcation with, [things] outside oneself."